this edition of framework:afield has been curated by john levack drever and produced by the students of his phonography course at goldsmith’s college, university of london, uk. some notes from the curator:
Short excerpts from a selection of this year’s Phonography students at Goldsmiths, University of London, a course that through the art of field recording explores the perceived interrelation between concepts of sound, noise, hearing, listening, environment, atmosphere, architecture, memory, space, event, site and nonsite, place and non-place. The course is run by John Levack Drever with assistance from Emmanuel Spinelli. Passages for the Ear has been compiled and mixed by Drever.

[Passages for the Ear]

0’00 Daniel Harvey Summer Solstice ­
An attempted study of the event and the attendees of the summer Solstice Free festival at Stonehenge, June 20th. By using binaural microphones to discretely record the interactions, and to enable the listener to experience the event more intimately, this study was to record the ebb and flow of the spontaneous and celebrated the ritualization of what a free festival stands for… I have attempted to show as much about the various groups that ubiquitously come together under a common ground and attempt to address the issues that arise when such a large group of people exist in such a small amount of space… The theme of contradiction and contrast is a main focal point of this study and one major point that dominates the whole atmosphere is what Will Self refers to as the ‘museumification’ and commercialization of the site by English Heritage itself.

3’28 Matthew Lawrenson West Coast Tours
A composition based around a series of field recordings I made on a trip to the west coast of America in the summer of 2014. As a tourist I experienced a series of snapshots of this vast country and was interested to see the composition that resulted from this brief immersion in American culture.

6’34 Jack Newton Saudade
This piece is comprised of layers that assimilate the present with memory and attempts to position the material in order to create a realistic interpretation of the present. The piece is mainly inspired by the feature film Lost in Translation as well as poetry that focus on experiences of nostalgia. The sound sources are recorded in several different locations that relate to each other and crossover as memories within the present.

10’05 Laura Clough The Loin Park
Does ecotourism really benefit the environment? What is mankind’s fascination with the exotic, and the tourism-tourist industry worker relationship? I think about these issues in relation to the popular tourist destination Lion Park, Gauteng South Africa, where I recorded the raw sounds for my piece.

14’30 Phoenix Martins Auditory Trainspotting
A nostalgic auditory view point of my early childhood memories of being on trains, wondering where the voice of “mind the closing doors” and “mind the gap” were coming from an hoping, I wouldn’t fall into the gap! Also encapsulating moments of tranquility, and merging the sounds of the trains with electronica to create textures and generate a feeling of other-worldly-ness. To achieve this, I collated field recordings from various train rides including, southern trains, underground and overground lines.

18’30 Jonathan Brennan A Reflection; Patient 1 & Patient 2
A hospital is a place that triggers vast depths of connotation. There are very few that live in today’s western societies who have not encountered such a place in one shape or form. It is a place of sorrow, fear, repair, shelter, understanding, confusion and more. And then even perhaps not a specific place at all, a “non-place”. “A Reflection; Patient 1 & Patient 2” 2 is an extended sound work that exposes the sonic textures of the modern hospital and explores the interactions between these establishments and their subjects.

27’50 Calum Lynn
I have been exploring the subject of energy production, and how it intersects with the liminal, post industrial landscape, in this case, South East Northumberland. A main aim of my composition was to focus on the sound of electricity producing wind turbines; a regular sight across rural and semi-rural Britain. The visual impact of these structures is well noted, for both their uniform and arguably iconic appearance, and the controversy that arises when they’re placed in rural areas deemed to be naturally beautiful. However, the sonic aspect of wind turbines is often unacknowledged, in part due to their inaccessibility and exposed placement. I wanted to use the sound of these structures as a way of exploring present day energy production in an area that was until recently so reliant on the heavy industry of mining and traditional coal fired power stations… I wanted to explore these accidental sonic implications of renewable energy, as well as how they fit into the existing histories, geography and sense of place within the region, also exploring the links between industrial, rural and urban, which have become increasingly fluid in post-industrial society; outlined in this region by the adaptation of former quarries, collieries and power station sites into nature reserves, blurring the boundaries of what constitutes ‘real’ countryside.

34’30 Joseph Smith
All the sounds revolve round a central idea of cold and hot. The thought that Iceland seemed to be rife with the two extremes hit me as I was watching the Northern Lights shimmer through the haze of sulphurous smog from the tub of 40°c geothermal waters in which I sat, while my face and hands were slowly frozen solid by the -15°c wind chill… The intentions of my project were to explore the sounds of a remote place, be they alien or familiar and try to discover a musicality that runs through them all in the creation of a hyper-real soundscape.

36’30 Tom Moore
I set out with the intention of creating a piece based on quite raw, unedited natural sound – local wildlife, weather, effects of the seasons, the river itself at various points. Through reflection on the process of actual field recording I reconsidered my original approach. I settled on creating a piece more reminiscent of a soundwalk, or rather a ‘sound-journey’. I found myself concentrating on capturing sounds purely for their aesthetics, even interacting with environments to enhance these sounds. I recorded footsteps in different places, threw logs into the river to create splashes, and opened different metal gates as I walked. The field recordings were made in rural mid-Norfolk in December 2014.

41’00 Emily Ady A Daughter’s Response – I used this project as a way of exploring two completely different worlds and soundscapes by comparing and contrasting the physical sound worlds, narrator’s familiarity and reaction to surroundings and the context in which we as narrator and audience stand in these worlds. I also wish to explore both sets of surroundings by looking at movement, the exploration of the space and recording techniques. I also explore the themes of familiarity and alien, mother and child relationships, personal narration, noise, “favourite sounds”, archive and how the overall structure and techniques relate to these themes.

42’30 Samuel Hatchwell
The perceived concepts of space and varying types of space play a serious role in its relationship with social anxiety. Different theories on space such as topophonobia and ochlophobia, with specific relevance to claustrophobia, agoraphobia and enochlophobia talk about an association with fear and anxiety within certain soundscapes due to multiple different factors. For example, a space with a higher level of noise pollution may incite fear for a topophonophobic if that person is prone to claustrophobia or social anxiety. This inherent fear associated with certain spaces and their sounds is what drove the intention for the composition.

The composition explores these relationships and how different social atmospheres affect subjects prone to social anxiety. As well as this link, the composition also looks at the connection between theorized sound concepts and the effect they have on the subject within the inhabited space. The piece acts as both a commentary on these relationships and as a social experiment on how anxiety functions under consistent conditions in varying spaces.

48’30 Rodrigo Barbosa Camacho Sublimation
“Last call, towards being the space”  – At some point all mothers must have called for a son or a daughter so they shall come for dinner. Everyone knows what’s that, however we all do it differently. There is a lot in it to do with style! … And not that much with circumstances.

The space is all a stage and there are no stages in this place. Everyone has something to do, and there they go, meeting their affairs. We talk, we eat, we play, we fuck, we eat some more, we complain about the bad things, we send kisses here, we send kissed there, we clap and watch some cruise-ships through some palm trees. All children grow and become parents; then parents grow and become plants. In the end of the day, all is gasoline so one may go to work, but there are plants called corn, that if decently ground and cooked, with broad beans and nice dark green cabbage, could not be better than goodness!

this edition of framework:afield has been curated by john levack drever and produced by the students of his phonography course at goldsmith’s college, university of london, uk. 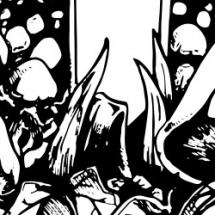 we continue our framework500 celebrations with the 2nd disc of the upcoming framework500 release, whose works we mixed with one another and with another selection of sounds from the aporee soundmaps. we began this show with a framework introduction recorded for us by regular contributor, and contributor to framework500, felicity ford, who captured the moments during which she constructed the framework500 badges that will go into the early adopters pack, which each of the first 50 people to pre-order the release will receive. it includes felicity’s badges, stickers, drawing, postcards, and plenty more goodies – pre-order yours now and nab one for yourself!
the framework500 release page is now online, so you can read artist and track notes, look at pretty pictures, and hear more about the process of creating this glorious object. and then, when you just can’t resist any longer, you can click the shiny yellow DONATE button on the right, enter a sum equivalent to 40€ or more, and get your name on the pre-orders list, with all the other true-blue framework lovers.

this wednesday we go to räpina to witness and document to production of the paper that our sleeve will be constructed from, the recording of which will be included on the release – keep an eye on our facebook page for images and sounds from that adventure!

we continue our framework500 celebrations with the 2nd disc of the upcoming framework500 release, whose works we mixed with one another and with another selection of sounds from the aporee soundmaps.